Top Posts
Akara, The Street Snack for West Africans Serving...
The “EMBRACE PLATEAU” Dream… 2020 Edition Will Be...
Rwanda Marks Another Excellence As The Country Launches...
Ophelia Crossland, The Only African Taking Fashion A...
The Talking Fabric: Hidden Symbolism of the Kente...
Waist-Beads, Bedsheets and Kunyaza: The Powerful Afrikan Art...
Here Are 10 Influential American Celebrities Who Have...
Meet Alelia Murphy, America’s Oldest Person Who is...
Here Are 5 Black Male Role Models Worthy...
Here Are 5 Contemporary African Festivals to Attend... 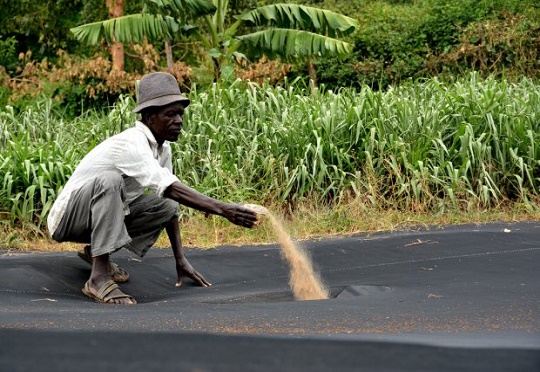 Two-thirds of the world’s poorest people live in Africa and Asia, and roughly 800 million of them rely on agriculture for their livelihoods. These smallholder farmers play a negligible role in generating carbon emissions but they suffer some of the harshest effects of climate change.

As the climate changes, farmers’ ability to produce crops to feed their families or earn an income will be increasingly threatened. Livelihoods will be destroyed and climate-related pressures could force people to abandon their homes and communities, in search of better conditions.

Poor farmers in developing countries will need the most innovative tools and technologies to adapt to the effects of climate change. There is an urgent need to equip them with the tools that can make their crops more productive, sustainable, and resilient in the face of a rapidly changing environment.

The Gates Foundation’s announcement is in direct response to the needs articulated by developing countries in their adaptation plans in three areas.

Crop improvement: at a time where the world population is growing, new discoveries are on the horizon to help meet the growing demand for food. These include boosting photosynthesis to generate major increases in crop yields and enhancing the natural processes employed by plants such as soybeans and peanuts that draw nitrogen from the air into the soil for more efficient crops that use less water and fertilizer.

Crop Protection: investments will specifically help farmers protect their crops from drought, floods and heat, as well as attacks from plant pests and diseases. Scientists already are producing breakthrough varieties, including drought-tolerant rice and maize and heat-tolerant beans, and developing new ways to detect and control diseases that can destroy cassava, sweet potatoes and yams — crops that are crucial to feeding 800 million people in West and Central Africa.

Crop management: in addition to new technologies, innovations in managing existing farmland will help give farmers new insights into the most advanced practices, particularly ways to help preserve and enhance soil fertility that allow them to sustainably boost production.

The Gates Foundation’s commitment comes in addition to a $318 million commitment from the European Commission announced today, with additional commitments from Member States still to be finalised. Taken together, the funding from the European Commission and the Gates Foundation to help farmers increase crop yields, respond to environmental threats, and adapt their farming methods to climate change will amount to over $600 million over the next three years.

The Foundation and the BNP Paribas Foundation, in partnership with the Agropolis Foundation has also launched the One Planet Fellowship, a €15M 5-year programme to support 600 young African and European researchers who are working to help African farmers adapt to climate change.

Speaking at the One Planet Summit, Bill Gates, co-chair of the Bill & Melinda Gates Foundation, said:

“Agriculture is the most promising path out of poverty for individuals and countries. The disproportionate impact of climate change on the world’s poorest people means that there is a more urgent need than ever to help the poorest farmers improve their productivity in the increasingly tough conditions that they continue to face.

Simply Creative And Brilliant. I Am An African Enthusiast, Creator & Entrepreneur. The Goal Is To Put The Africa Map On Global Recognition! - Email: ajadi@ohafrika.com II Phone Number: +2348080762425

‘How To Make Love?’: A Question Zimbabweans Asked The Most In 2017 According to Google

This Guy’s Talent is Imitating Sounds of Over...

Protest Against False Prophets and Spiritualists Spreads to...

Write with US for AFRICA // www.ohafrika.com